Gatekeeping, “professional” writing, and are you kidding me with this 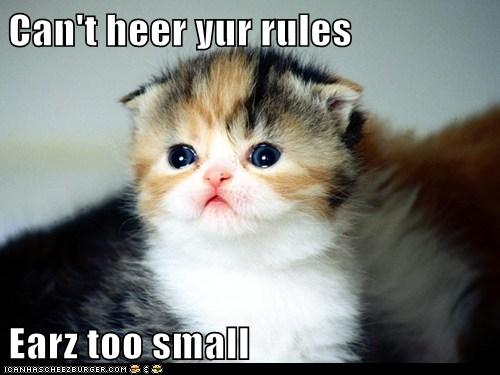 Moving is done. I am moved. For the moment I am no longer moving. If you want to see pictures of what the new place looks like, I posted some over here.

It’s a good place. It feels good. I am by no means in a position where I can select a space in which to live purely on the basis of how I think it’ll affect my creative productivity, but if I were, I think this might be the kind of place I’d choose. It’s roomy but not too roomy, which is great since I’m largely responsible for cleaning it. It’s bright and there are lots of windows. It’s secluded, far back from the road and not really very visible. It has a vaguely cottagey feel.

I’ve been giving myself a bit of a writing break – which means that I’ve cut my minimum wordcount back to 1000 a day, and not always every day – given that it turns out that moving is one of those Traumatic Life Events that gives you headaches and wibbly muscles and bad skin. As of right now I’m working on Ravenblood (the Crowflight sequel), and a short story, which feels like a light workload for me. What else am I doing? Reading. Listening to audiobooks. That sort of idle, meditative cleaning that can be so good for restorative inactivity. Napping. Watching movies. Poking at my dissertation. Gearing up to teach again in the fall.

Something else has happened, which looks sort of unimportant on paper but which has turned out to have some emotional repercussions: I gave myself permission to skip ASA this year.

For those of you who don’t know, I’m a PhD candidate in sociology and ASA is my discipline’s gigantic annual meeting, sort of Worldcon for sociologists except nowhere near as fun (you may note that I’m not going to Worldcon either). ASA is professionally important – though I’m starting to think it may not be as important as they want you to think – not just because of the panels and the networking but because it’s a feature of one’s professional identity. You’re a sociologist? You go to ASA. It’s one of the ways you know you’re a sociologist. Or so it’s been sold to me.

So I’m not at ASA this weekend, and that nasty little jerkbrain voice – the one that insists that I only passed research statistics and my comprehensive exams because it was too much trouble to fail me – is hissing you are not a real sociologist you fucking fakey faker HOBBYIST

My own brain is enough of a jerk to engage in professional gatekeeping of the most abusive kind. I can’t escape the suspicion that this is because it’s been trained to do so by others.

In the past, I’ve made no secret of how unimpressed I am by gatekeeping of most kinds. There’s the good kind, the kind that ensures actual quality of a product and makes it easier to locate good things, but then there’s the kind that’s purely ego-based, that exists to keep the riffraff out so those of us on the inside can feel better about ourselves. The classic example of this is the carefully policed boundary between “literary” and “genre” fiction, but there are others. There are others that have little or nothing to do with fiction. The most destructive forms of it are the kind that betray the people who buy into them, that set them up to fail in their own eyes. This is one of the reasons why academia has become so rife with abuse, both of grad students and non-tenure track faculty: our identity as academics is so important that many of us find it difficult to leave, even when our conditions are horrible: crippling overwork, awful pay, no benefits, no real opportunity for advancement. We don’t want to be “fake” or “hobbyists”. As long as we remain in the academy, we can be “real” academicians. In fact, suffering through awful conditions can become part of how we know we’re “real”.

I am unimpressed by the very idea of “real”, for the most part. It hurts people. It makes them doubt themselves. It makes people more concerned with ticking little identity boxes than actually doing what they need to be doing. And it makes people more inclined to look down on others, to maintain outmoded and outdated – and often racist, sexist, and homophobic – borders and boundaries. It makes people unkind. Women can’t be “real” scientists or “real” science fiction writers. SF with feelings or romance is not “real” SF.

I’m late to the party, and the article has been rebutted handily elsewhere. John Scalzi’s take is good. Brian Keene’s take is excellent. But as usual, especially given the direction of my own thoughts lately, I wanted to toss my two cents into the pond.

It’s entirely possible that Morton didn’t mean all of this the way it comes off. How she comes off is profoundly dickish, but I’m willing to bet she’s actually a lovely person. But I don’t know her as a person, so all I can talk about with any authority is what she’s written, and what she’s written is dickish. It’s also hurtful. The kind of lifestyle she’s advocating – not only advocating but presenting as ideal – is not only wrong-headed but, as I said above, probably deeply unhealthy for most people. I couldn’t do it. I wouldn’t want to do it. No one I know could do it or would want to.

So in the interest of really plumbing the depths of the thing, let’s take her quiz.

1. Is your home/work place messy because that time you’d put into cleaning it is better spent writing? No. Like I said above, having a clean, attractive workspace is an important component of the mental and emotional state that allows me to be productive. I can’t work in squalor or disorder because I’m not comfortable in squalor or disorder. Also I like cleaning.

2. Do you routinely turn down evenings out with friends because you need to be home writing instead? When I turn down evenings with friends, it’s because I’m feeling fragile enough that being social feels overwhelming. Even then, I try not to. Interacting with people makes me mentally healthier, generally. Being mentally healthy helps me to be more productive. I like having friends. Friends are important.

3. Do you turn off the television in order to write? I can’t write with the TV on, so I guess yeah, I do, but I also like TV shows. I watch TV shows. You bet your ass I’ll be watching Breaking Bad tonight. When Supernatural and American Horror Story start back up again, I’ll be setting aside time to watch those too. Yesterday I spent the evening on Frontiere(s), which I’d been wanting to see forever, and it was a blast. It’s also worth pointing out that consuming stories helps one to write stories, and TV/movies are not exempt from that.

4. Would you rather receive useful criticism than praise? I recognize that useful crit is usually more valuable. But praise is valuable too. Feeling like you’re making people happy and doing something right is a huge motivator. Of course I want praise. Of course sometimes I’d rather get praise. I’m not a robot.

5. Do you plan vacations around writing opportunites (either research or networking potential)? My vacations – the few real ones I ever get to take – are vacations. I don’t write during them, or I try not to. I don’t work at all. I vacation. Again – and I can’t emphasize this enough – doing so helps me to be more productive when I get back to work.

6. Would you rather be chatting about the business of writing with another writer than exchanging small talk with a good friend? No. Why would anyone feel this way? I mean, your mileage may vary and everyone is different, but seriously.

7. Have you ever taken a day job that paid less money because it would give you more time/energy/material to write? This is one I might say yes to, because when I’m just absolutely fed up with grad school and being poor and feeling like I’m in professional limbo, the fact that it allows me abundant flexible free time in which to write keeps me where I am. I recognize how lucky I am in that. I intend to take full advantage. But I don’t want to do that forever.

8. Are you willing to give up the nice home you know you could have if you devoted that time you spend writing to a more lucrative career? See above. Also see above in that I actually have a nice home. Again, my privilege.

9. Have you done all these things for at least five years? I’ve only been getting paid to write consistently for four years. Thanks for introducing a completely arbitrary time threshold. That’s very helpful.

10. Are you willing to live knowing that you will likely never meet your ambitions, but you hold to those ambitions nonetheless? Honestly? Yeah. I know I’ll probably never write as well as, say, Cat Valente, but that doesn’t stop me from wanting to try. But I think that’s true for most people with a dream. That’s sort of what a dream is. I’m not sure it has a whole lot to do with the rest of these measure of professionalism.

This is bullshit. There’s an addendum at the bottom of the piece that suggests that Morton didn’t intend to include people who have to work day jobs to support themselves, but I think that’s kind of bullshit as well; the whole thing reads – to me – like Morton is including all writers, and then declaring the vast majority of them, for whom this is all basically impossible and entirely undesirable – not real professional writers for not wanting/not being able to perform to her standards.

I don’t know what to call that other than bullshit.

“If you’ve already glanced at these questions and scoffed, you are a hobbyist. And that’s okay, as long as you don’t call yourself a professional. At least around irritable me.”

I wrote a post that sort of dealt with this topic a while ago. I said that a writer makes sacrifices in order to find time to write, but that’s not all a writer does. A writer reads, goes out and experiences life, does whatever they need to do in order to be able to write, including things that are not writing. Do you get paid for your words? Congratulations: you are a professional writer. Now get back to work. Even if “work” for you right now consists of TV or staring into space.

I’m going to end this with a quote from Brian Keene’s rebuttal, which I think gets to the heart of it.

A professional writer is not deemed so by how much they get paid per word, or how many words they produce, or how many awards they’ve won, or what position they hold in a writer’s organization, or how much networking they do at conventions. A professional writer does one thing — they treat their writing professionally. They produce. They edit. They constantly strive to get better. They sit their ass down in a chair and put their fingers on a keyboard and they type.

A professional writer spends more time writing than they do talking about writing.