YES a very merry book birthday to it and to me. This is exciting. You can pick it up here, and not only can you do that, but after you do you can get its prequel Line and Orbit (which Publisher’s Weekly very kindly called “phenomenal”) for only $.99 over here. So that’s like… That’s a lotta book, man. That’s a pretty great deal.

In case you’re not familiar with Fall and Rising, here’s a nifty explanatory blurb:

I’m also doing a blog tour over the next few days, during which you’ll have a chance to win not only copies of the book (one of them paperback and signed) but two book-inspired bracelets I made, with stone, copper, wood, agate, and glass. Here’s them:

So YEAH. Today is a pretty good day. Watch for more.

Today (really technically yesterday at this point) marks the first day of the Great Ravenfall giveaway, wherein I’ll be giving away four sets of Crowflight and Ravenfall – the first two books in the Casting the Bones trilogy – as well as four separate thematic bracelets.

This round’s bracelet is “Blood and Moonlight”, made laboriously by hand by me:

AND THIS ROUND’S WINNER IS: Brad! Yaaaaaaaaaay Brad

If you didn’t win this time around, you’ll get three more chances before the final drawing on the 16th. And if you haven’t entered yet, you certainly still can right here (scroll to the bottom for the entry form).

RAVENFALL: win free books and handmade jewelry by me 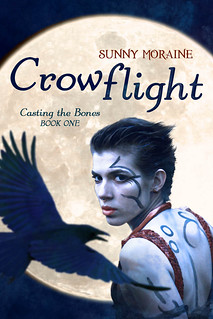 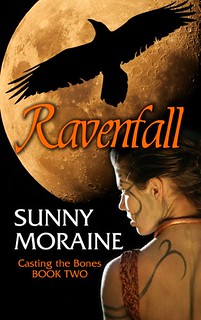 Ravenfall comes out this week on the 6th, so I want to celebrate by giving things away, because it pleases me to do so. Starting on the 10th and running through the 16th, I’ll be drawing a name every other day; that person will win free copies of Crowflight and Ravenfall in your choice of ebook formats, and the bracelet (made by me) marked below.

Enter below! Promise I will not use your contact info for any sinister demon-summoning rituals.

A BRIEF HISTORY OF THE FUTURE is out today!

And you can get the trade paperback edition here and the ebook edition – in all formats of the rainbow – here.

You can also still enter to win it here and here. The former ends at midnight tonight; the latter ends on the 16th.

It took a lot of work to put this thing together (I am literally obsessive about details), and it’s the result of two years of writing. I hope you pick it up, and I hope you like it, and regardless of whether or not you do, I hope you review it at the place of your choice. When you don’t have a marketing department behind you – or when your marketing department is you – it matters so much to have readers help you out. So thank you. You are best.

I’m already doing a Goodreads giveaway for my essay collection over here,

but obviously not everyone is a Goodreads member, so I wanted to give those people a shot too. Enter below to win a signed copy of the trade paperback of A Brief History of the Future, plus the ebook in your choice of format. I got my galley proof of the paperback today and except for a few very minor formatting tweaks, it looks pretty great. Am pleased.

I’ll draw a winner on July 1st, when the book gets released.

Just a heads up: IF BY ANY CHANCE YOU WANTED TO GET A FREE PAPERBACK COPY OF LINE AND ORBIT that just so happens to be a thing you can now do in not one but TWO(!!) places. They are as follows:

Both end on February 4th, which is the date of the book’s release. And I suppose no law necessarily prohibits you from signing up in both places. Except maybe South Dakota. Might be illegal in South Dakota.

Posted in giveaway, Line and Orbit

This time next month, the trade paperback edition of Line and Orbit will be available to purchase. Isn’t that exciting? But wait!! YOU DON’T NECESSARILY HAVE TO PAY FOR YOUR OWN COPY. Because I’m giving one away, you see (one of those pictured up there, oh they are so pretty). And even BETTER: it will be signed by me and my lovely co-author.

Want to enter? Simply fill out this handy form. I promise to guard with my very life, and completely forget, via extensive sessions of hypnosis, all of your personal information as soon as the contest is over. At midnight on February 4th, the contest will end, and I will select one lucky person.

Posted in giveaway, Line and Orbit

As promised, I’m giving away a copy of my new book Crowflight! To enter, just fill in the form below, and I’ll draw a winner at random after October 13th.

If you want to find out more about the book itself, clicky. If you want to read the first chapter, clicky. And of course, if you actually end up spending money on the book, that is incredibly awesome and so much appreciated.