Adam Yuga, a rising young star in the imperialist Terran Protectorate, is on the verge of a massive promotion…until a routine physical exam reveals something less than perfection. Genetic flaws are taboo, and Adam soon discovers there’s a thin line between rising star and starving outcast.

Stripped of wealth and position, stricken with a mysterious, worsening illness, Adam resorts to stealing credits to survive. Moments from capture by the Protectorate, help arrives in the form of Lochlan, a brash, cocksure Bideshi fighter.

Now the Bideshi, a people long shunned by the Protectorate, are the only ones who will offer him shelter. As Adam learns the truth about the mysterious, nomadic people he was taught to fear, Lochlan offers him not just shelter—but a temptation Adam can only resist for so long.

Struggling to adapt to his new life, Adam discovers his illness hides a terrible secret, one that the Protectorate will stop at nothing to conceal. Time is growing short, and he must find the strength to close a centuries-old rift, accept a new identity—and hold on to a love that could cost him everything.

“Moraine (In the Pale Moonlight) and debut author Soem collaborate on a deliciously fulfilling gay sci-fi romance…Readers will fall for the engaging dialogue, wonderfully fleshed-out characters, a sexy and realistic romance, fully realized world-building, and a genuinely interesting science fictional core issue to work through. This phenomenal novel marks Moraine and Soem as authors to watch.” – Publisher’s Weekly, starred review

“[A] delightful romance with a brilliantly clever science fiction twist…A truly innovative story that will even reward after multiple reads.” – RT Book Reviews

LINE AND ORBIT IS OUT OF PRINT – for now. You haven’t seen the last of it. Watch this space for news. 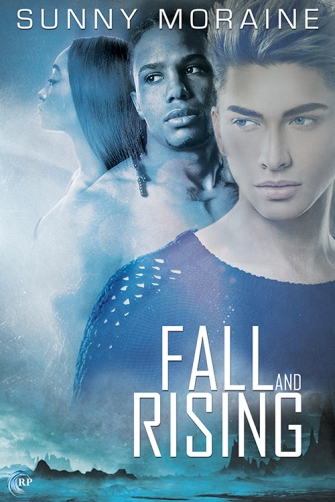 “Moraine tempers the vast setting and epic scope of this novel with a haunting and emotional narrative that makes the characters’ adventures feel immediate and meaningful…there is plenty here to hold readers’ attention.” – RT Book Reviews

“Moraine skillfully weaves action, romance, and adventure into a page-turning drama. They successfully combine science fiction tropes and mysticism to create a satisfying, provocative hybrid in which spaceships go hand-in-hand with magical healing and psychic visions. The queer romances at the heart of the story are honest and engaging.” – Publisher’s Weekly

Three months after a brutal battle at Peris, Adam Yuga, Lochlan D’Bideshi, and their rebel fleet are embroiled in a new conflict. But things aren’t going well. Even with Lock’s homeship, Ashwina, at the head of the fleet, the Protectorate forces are adapting to their tactics. Before long, two devastating blows send the ragtag rebels on the run. But the greatest threat may come from within.

Since the battle at Peris, Protectorate loyalist Isaac Sinder’s determination to eliminate the rebel fleet has only intensified—along with his ambition. The Protectorate is decaying, and it’s clear to Isaac that only he can save it, by any means necessary.

As the situation worsens for the rebels, the strain begins to tell on everyone. But more than exhaustion grows within Adam. Something alien has started to change him. Lochlan fights to hold on, but even he may not be able to follow Adam down the dark road ahead.

As Isaac’s obsession turns to insanity, it becomes evident that more sinister plans than his are at work. Bound together by threads of fate and chance, Adam and Lochlan turn their eyes toward a future that may tear them apart—if they’re lucky enough to survive it at all.

Other stories in the universe of Songs of Slipstream:

4 responses to “The Root Code trilogy”