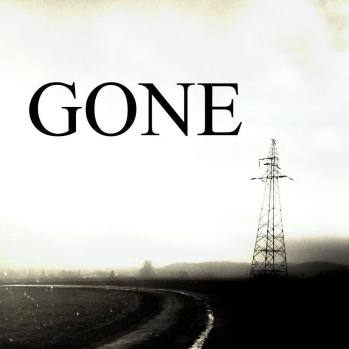 Happy late birthday, rather. Gone’s birthday was yesterday. Yeah, episode 1 is now available for listening to. Get it via Apple Podcasts here or Podbean here.

Let’s talk about it for a sec.

I grew up without a TV, which means I grew up immersed in books, because that’s what I had. But books weren’t all I had, because I also grew up immersed in radio drama. Classic stuff like The Shadow, yeah, but to a greater degree more contemporary works. My parents introduced me to The Hitchhiker’s Guide to the Galaxy extremely early in my life, and for years it was one of my favorite things in the entire goddamn world. It’s still the ultimate version of that story for me; all else is commentary. The same is true for Star Wars episodes IV and V; I didn’t hear them before I watched the films, but for me they’re still the best versions of the stories, not least because they both include a lot of the film cast (or excellent stand-ins who actually bring their own style to the characters in a way that works super well for me) and also go into much greater depth; nearly the first third of A New Hope focuses on Luke’s life on Tatooine (we get to see/hear a lot of his bromance with Biggs) and on how Leia comes to the decision to become an agent of the Rebellion (though the depiction of how she gets the Death Star plans now conflicts with the Rogue One canon but that’s neither here nor there, I can roll with it).

I grew up seeing through hearing, not just through reading. I’ve been told more than once that my writing has a distinctly cinematic quality – I internally work through my descriptions in terms of camera angles and cinematography a lot of the time – and now that I think about it, that might be part of why.

Something that’s gotten me so hyped in the last couple of years is the explosion of podcasting, which has ushered in a new golden age for this form of storytelling. I’ve burned my way through things like Welcome to Night Vale, Limetown, The Black Tapes, Tanis, Life/After, Archive 81, Within the Wires, Alice Isn’t Dead, The Adventure Zone, and I’m so excited for Tor Labs’ new project Steal the Stars.

So I suppose it was inevitable that at some point I would try my hand at some audio drama of my own. On some level I’ve probably been headed in this direction for literally decades.

I’m not sure where the idea for Gone came from. It simply seemed to arrive, like a lot of ideas. Its form was very rough and unclear, but there was enough present that made me want to dig deeper into it. Before long I had an outline for a ten episode season (I’ve since scrapped 80% of that outline but that’s often how it goes with me and I’m pretty confident about what I put in its place, and the foundations are still the same).

I then had to confront two interconnected facts: I wanted very much to tell this story, and I almost certainly could.

In that it’s technically possible. It’s the kind of story one person can tell without needing other voices. I just started recording the third episode this morning, and so far this thing is not polished by any means; I’m a single person with no formal training in audio production or sound design, doing 95% of it myself (the other 5% is Creative Commons sound effects that I did not make), with a budget of pretty much $0. But I think it’s good. I think it’s a good story. I think it’s a story worth telling.

And that’s the other part of “could”: This is a story that I genuinely believe is worth telling.

This far in, something is happening that’s almost always a great sign with any project I start: It’s taking on a life of its own, and a lot of things are emerging that are much deeper than the outline as I have it written. I initially conceived the story as a horror yarn about helplessness and isolation; it is definitely that, but it’s also a story about the pain of living with mental illness, about the meaning of human connection, about the disruption and evolution of identity, and about a weak person discovering that they might be stronger than they thought.

It’s becoming an intensely personal story. It’s basically unscripted; when I’m outlining an episode scene by scene I’ll include “talking points” to guide me, but what I say is very much improvised. It’s just kind of flowing. Things that came out of the second episode – of which I’m immensely proud and can’t wait to share – were facets of this character that I frankly didn’t see coming; I’m learning who she is as I tell the story, literally as I “act”, and one of the reasons why my outlines are pretty spare is that I want to leave a high degree of flexibility in place, because something might come out of the blue in the middle of a recording session that has consequences for everything that follows.

Or at least that’s how it’s been so far.

(This is actually my general long-form writing process. All my best multichapter fanfiction – which this probably resembles most closely in terms of how I’m doing it – has been written that way.)

Regardless of how similar bits and pieces of this are to stuff I’ve done before, I have never told a story like this. I’m extremely nervous. I’m extremely excited. I hope you give it a shot, that you like what I’m doing, and that you come with me all the way to the end.

And if you do like it, pleasepleasepleeeeeeeeease spread the word and take a few seconds to leave an iTunes review. I’m not advertising this in any formal way, and please see above re: budget of $0. I’m completely depending on word of mouth here.

This entry was posted in Uncategorized and tagged gone podcast, horror podcast, podcasts. Bookmark the permalink.