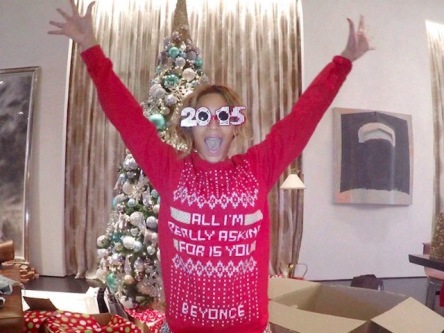 So it was a year.

It was a tough year, and that affected my writing a good bit. Last spring I found out that I was going to lose my doctoral funding – which for a variety of reasons was not handled particularly well, by them or by me. It was just… it was a sad time, guys, and it made my already-difficult relationship with my program considerably more fraught. It led to my decision to go on leave next semester and the one following. It also resulted in me being unemployed, which has been more depressing – in a clinical sense – than I expected. Especially since it’s been months and I still don’t have a job.

I find that in times like that, writing can either be a wonderful escape – in which case I’m tremendously, unusually productive – or it can suffer along with everything else, in which case being productive at all is a struggle. Except for some very up periods in terms of my cyclothymia, that’s what happened. There have been significant stretches this past year where it’s been very, very hard to write anything and where I’ve been terrified that I just can’t anymore, that I’ve done everything I can do and I’ve plateaued in terms of skill and now I’ll languish in mediocrity for the rest of what remains of my career.

Yet on paper, it was a pretty great year. And I guess I have to take paper into account in any kind of estimation I’m going to make. So here are some stats.

I have no idea how many short stories I wrote – I can never keep track of that kind of thing. Nor am I sure how many I sold. Going by my “coming soon” page, it was a few. I do know that I completed three novels, one of them crashing across the finish line yesterday afternoon.

In terms of non-statistical things, in a lot of other respects it was a great year – this was my year for meeting people and making friends. In part because I did a lot of cons, at least by my standards up until now. I did MystiCon, I did WisCon, I did Readercon, I did Capclave, and then I did BarCon at World Fantasy. All of those were just so damn fun, and to everyone I met there and now consider a friend: ayyyy.

In terms of fiction I technically can’t get paid for: I crashed back into fandom in a huge way, specifically the fandom for the TV adaptation of The Walking Dead. This resulted in me writing a flurry of fanfiction in the last couple of months, all of which can be found here. I’m proud of all of it, and in fact it’s been a really interesting experience, getting back into something I mostly left behind some time ago. It’s just a very different kind of writing in a lot of ways, and in many of those ways it’s a more relaxing kind of writing, which I’ve needed very badly.

I also recorded readings of a couple of those fics, which was a lot of fun and which I’ll probably do more in the future. The two I did are here. I’m also very proud of those.

My Yuletide fic this year was “To Take Away What I Know is Mine”. It’s a piece of Uncharted fluff, post Drake’s Deception. My gift was “singularity”, a fic set in the ‘verse of the film Event Horizon and told from the perspective of the ship. I’m very pleased.

So yeah. Again, not a bad year all told. A rundown of what’s coming up – so far – in 2015 is here. In the meantime I leave you with what’s become my favorite song lately, which contains what I think is a good mood with which to look forward.

This entry was posted in Uncategorized and tagged 2014, writing, year in review. Bookmark the permalink.