Silence for Ferguson and thanks for the fighters

Posted on November 27, 2014 | Comments Off on Silence for Ferguson and thanks for the fighters

I meant to do this at noon today, but for one reason and another I didn’t manage it. But I feel like it’s important, and I feel like doing it at 9 pm is better than not doing it at all.

Tomorrow I’m headed up to Philadelphia to celebrate Thanksgiving with my family. I have a lot to be thankful for. But there’s a lot of ugliness in the world right now, and I think this should be more of a time to meditate on that, and on what we can do, and on what light we can bring into the world ourselves. How we can attack oppressive structures, and how we can help others fight injustice. And for those of us who benefit from those structures to take stock of how and to recognize it.

So I’m going to be silent for a moment.

Comments Off on Silence for Ferguson and thanks for the fighters 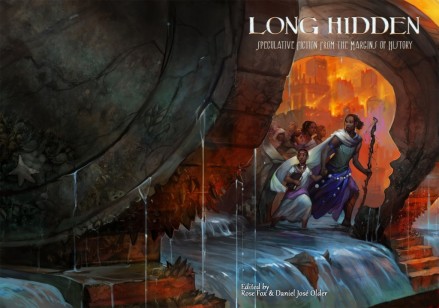 2014 was a decently productive year for me, publication-wise. It was also a year full of awkward, jerky stops and starts and a bunch of things ended up being way bigger and way more exhausting than I thought they would (and the year isn’t over yet), but overall I’m pleased with things. I’ll be doing a year round-up post around New Year’s, but for now here are the things by me that are award-eligible this year. Most of them are free to read online. If you’re reading for awards and you want copies of any of the stuff that isn’t, feel free to get in touch with me and I’ll shoot it your way.

So that’s it. If you’re reading for awards, I hugely appreciate you giving them a look. If you’re not, hey, give ’em a look anyway. I mean, I think they’re all right.

(It’s been collected in a Circlet microfiction anthology, which will be out soon, so watch for that).

So for a while after that pretty much everything I wrote and sold was erotica, specifically erotica with a speculative element. Usually I was publishing through Circlet’s (fantastic) themed anthologies. My first non-erotic short fiction publication was months later, in January 2010, and it was to a little non-paying zine called The Absent Willow Review, which has since folded. In the fall of 2009 I and my co-author Lisa began the massive undertaking that would eventually become Line and Orbit, which is very solidly in space opera/science fantasy territory, so it wasn’t all porn. But that was a lot of it, and for a long time after, even once I branched out a bit, it remained the backbone of my writing.

Then I drifted away from it. There were a number of reasons for that, mostly to do with ambition. I beheld the big name SFWA-qualifying zines and I wanted to crack them more than anything, so I battered at them with my stories until, one by one, I broke through. I continued to write erotica here and there – especially when friends put out calls for specific projects – but for the most part my energy was going elsewhere.

But I honestly think there was something else going on, and that thing was a subtle sense that if I wanted to make a career in this genre, erotica wasn’t the “right kind” of writing for me to be doing.

Erotica gets a bad rap. I think some of it is that there’s a huge amount of it and it’s very commercial, which (somewhat correctly, in my opinion) leads one to the belief that a lot of it isn’t very good. But that’s true of almost any commercial writing. But I think some of it is that it’s often if not usually people who identify as women writing, buying, and reading it, and that’s obviously a point worth a degree of attention.

Then I had a rough fucking couple of years.

I took and passed my PhD qualifying exams, which a few months later led to an emotional and mental crisis point that kicked me back into therapy and back on a fun array of medications. I wrote and defended a dissertation proposal which led, through the course of the next year, into months and months of anxiety and internal conflict regarding my advising situation and my relationship with my department. I began to question whether I wanted to work in academia, whether I wanted to finish my dissertation, whether I wanted to do any of this at all. In the middle of it I began a trilogy of fantasy novels (Casting the Bones) that’s been both rewarding and exhausting to write, in part because it’s been an arena for the exorcism of some demons. I was also dealing with some very painful and frustrating business surrounding the (still homeless) Line and Orbit sequel, and I wrote and then rewrote another book which I ultimately had to give up and shelve. 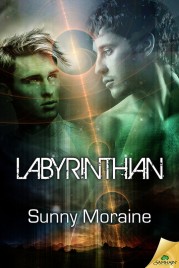 And then, last fall, I just fucking had it. I was a thousand percent done. I threw up my hands, dug into the bottom of my Idea Sack, and wrote Labyrinthian in about a month.

I wanted to write something fun. Something silly and pulpy. Something wherein I abandoned the idea of Being Taken Seriously, where I allowed myself to get tropey as all hell, wherein I could play. And particularly, I wanted to write something with a lot of sex. Part of this was because books with lots of sex often sell decently and I happen to like money, but it was also because I like writing sex and goddammit, I’m GOOD AT IT. And I had no more fucks to give. My box of fucks was empty. The field in which I grow my fucks? You know the state it was in.

Labyrinthian is about a lot more than sex. It’s the story of two broken people learning how to be together physically and emotionally, but it’s also a story about trying to go home when you’ve lost all certainty of what home even is, and about trying to find family and simultaneously to find independence from the same. It’s about confronting death gracefully and about trying to discover meaning in life when your life is about to be cut short. It’s about rage and letting rage go, and all of these are things with which I wrestle every day.

I’ve done a lot of talking in 2014 about how I’m trying to write about the stuff that scares me, the stuff I’m not sure I should be writing about at all. I’ve made it my mission to take anger and fear and ugliness and make something beautiful out of it, for myself more than for anyone else. So here’s what I want to do in 2015. Here’s my Writer Resolution, such as it is.

I’m going to write about whatever I fucking want.

(and here are preorder links for Labyrinthian if that’s something you’re into.)

Doing a run-by because I have a million stuffs to take care of and it’s already noon.

Okay, back to work.