If you’re a straight cisgender woman writing m/m romance, sorry, you are not striking a blow for equality 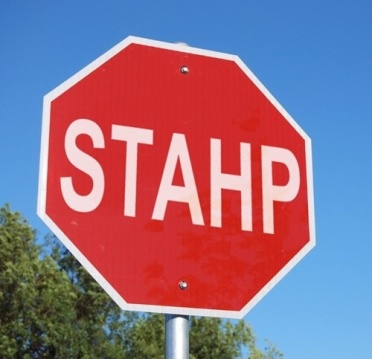 [Dear people reading this in the Year of Our Lord 2017: I don’t know where you’re all coming from, or why you’re coming here now, but I wrote this literally years ago and don’t give a shit anymore, so please be aware that when you feel the need to register your disagreement with me, all you’re doing is clogging up my inbox with opinions I don’t care about regarding a thing I don’t care about. Which annoys me. Given that, I’m locking the comments. Thanks and enjoy your stay.]

Just to get my argument clear in the headline.

A lot of things have prompted this, and nothing in particular has. The truth is that this is something I’ve been feeling for a while. It’s something I’ve wrestled with a bit, given that two of the novels and two of the novellas I’ve sold have been marketed as m/m romance, though I’m not cisgender, nor am I straight. It’s something I’ve gotten shades of since I started really being aware of m/m romance as a genre, and since I started understanding the uglier side of it, it’s something I’ve come to understand features heavily in a lot of parts of the slashy areas of fandom. In fact, if something in particular prompted this little tantrum – aside from some very self-congratulatory stuff I’ve seen recently about standard m/m romance doing exactly what I said it isn’t doing up there in the headline –  it’s a good recent piece by Jim Hines about the times when something just isn’t your thing to make a story out of.

So when a reader says they don’t want white people writing about their culture, and that they don’t want me specifically to do so, I find myself struggling. And I think it’s good for me to struggle with it. I refuse to write books where I pretend other cultures don’t exist. But I also recognize that there are stories I’m simply not qualified to write well, that no matter how respectful I might try to be, my story wouldn’t be true. (An odd thing to say about fiction, but I hope you understand what I mean.) And I know that sometimes I’m going to screw up.

Here’s something you have to do if you’re in a position of privilege and you’re writing about people who aren’t: ask yourself if it’s your story to tell. Ask yourself every single time. You may not arrive at an easy answer. You may not arrive at an answer at all. But storytelling is very fucking political, and you owe it to you, your story, your characters, and everyone who might ever read it to ask the question.

You may want to tell the story. No one can stop you from telling the story. But at least be honest with yourself about what you’re doing and why. And I cannot escape the feeling – not least while so many publishers of “LGBT” romance almost entirely ignore the L, the T, and frequently shove the B into the whole “menage” category – that the reasons why a lot of m/m romance exists are not tasteful.  To borrow from Hannibal/Thomas Harris, they are not tasty.

Then I found this.

Amy began by saying that “love is redemptive” and if any group needs the redemptive qualities of love, it’s gay men.

Writing about two men falling in love is completely different than the traditional romance. For one thing, both characters are equals, each with his own power.

“In fact, in many ways, I feel like a man,” Josephine stated in her British accent. This realization makes it easier for her to bypass all the traditional tropes found in mainstream romances.

“I’m tired of women’s nasty, mean games, and don’t want to write about them,” Amy added. Backbiting and undermining of friends’ goals and aspirations aren’t often found in gay romance since men are more direct in their interactions.

Mary echoed this thought by saying, “I don’t want to write about bitchy women.” 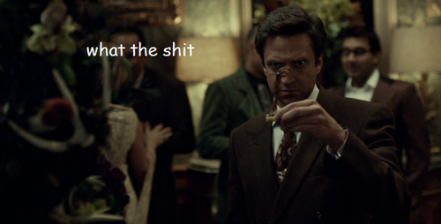 I should be clear that I don’t know what the sexual orientations or gender identities of these people are. But just. Meoskop at Love in the Margins has a way more coherent takedown of this abomination and I recommend you read it. Regardless, I’ve seen this before, I see it a lot, and it’s this attitude that actually keeps me away from most m/m romance. I write it sometimes, sure. But for the most part I don’t wanna read it.

Look, I know about all the arguments that transformative works – out of which a lot of this springs – allow for queer readings/reimaginings of existing canon and that’s great. I buy that argument, because what I’m buying into is the possibility of it. But in practice, no, and that extends to m/m romance in general. In practice what we have is a tremendous amount of stroke material featuring white cisgender traditionally attractive mostly able-bodied gay men, written by and for the consumption of straight cisgender women. And you can’t claim to me that this is all striking a blow for queer equality and have me take you seriously.

The reduction of complex human identities to sex acts is essentializing. It’s dehumanizing. I’m guessing that most of us have heard someone at some point say something like “I have nothing against those gays. I just don’t want them flaunting it or anything.” Which really means I want them invisible. I don’t want to have to confront the fact that they exist because they threaten me.

And don’t you dare claim that you’re doing something progressive on behalf of populations to which you don’t belong. Because you aren’t. It’s not your progress to make. And I’m getting really tired of seeing straight cisgender women congratulate themselves for it.

[ETA] Read Writing the Other by Nisi Shawl and Cynthia Ward. I mean, pretty much every writer should.

10 responses to “If you’re a straight cisgender woman writing m/m romance, sorry, you are not striking a blow for equality”