Because I’m too tired. Seriously. I got in this afternoon, ate a late lunch/early dinner, unpacked, and lay down for a few minutes. That was three hours ago (I was having the most delightfully surreal lucid dream when stupid husband woke me up). I’ve regained consciousness for a short time in order to do some things but bedtime is looming. And I’m probably going to be too busy to do any kind of recap the rest of this week, because every day three hour lectures omg 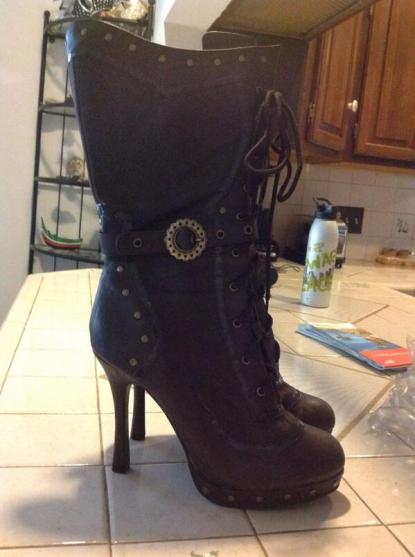 I stayed up until around four in the morning talking and drinking with more awesome people, and the talk and the drinks were correspondingly awesome. And then my friend Sam Miller took the Shirley Jackson award in the short story category for “57 Reasons for the Slate Quarry Suicides”, which is so goddamn awesome.

And I managed to pick up my copy of this.

Ultimately, what was awesome about this weekend was how much I needed it. For the last month or so I’ve been feeling increasingly incompetent and incapable of dealing with things, and being with people and talking to people made me feel worthwhile again. It made me feel like I could do things and not be terrible at them. So to everyone who was welcoming to me, who was kind, who came up and said hi, who let me latch onto them for dinner or drinks or breakfast, who partied with and talked with me, thank you so much, because what you did was perhaps more meaningful than you realized at the time.

Then again, maybe you knew.

See you all next year. Some of you hopefully much sooner than that.

This entry was posted in Cons and tagged Readercon. Bookmark the permalink.