You can’t have history without violence 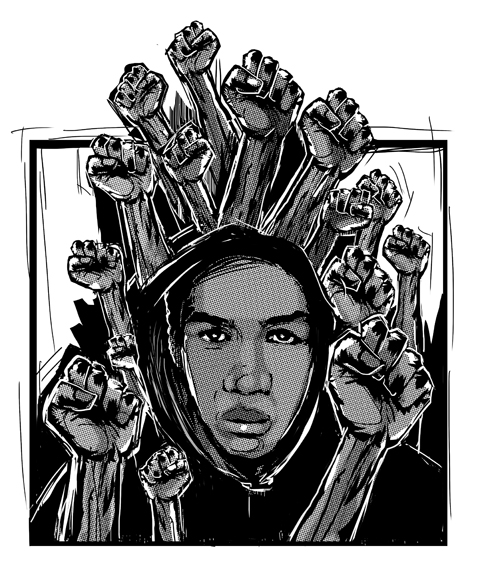 A few days ago I saw some stuff on Twitter by Long Hidden co-editor Rose Fox about someone upset/offended to find violence in the anthology. Rose noted that it’s possible the person in question just couldn’t handle violence/horror, which is okay and to be respected, but Rose thought and I agree that it’s a strange thing to not go into an collection of stories like this ready to see.

Marginalized history is violent history. Marginalization is itself a form of violence. If you’re going to tell these stories, each one will, in its way, be a story of violence.

“Historical accuracy” is so often employed by writers as a defense against people pointing out that stories that use rape to add shock value or to motivate male characters or as the sole defining feature of the characters hurt in that way, or that stories that focus on primarily white cisgender straight ablebodied male characters are ignoring a huge proportion of the population of the entire world and are sorta kinda racist/cissexist/homophobic/ableist/sexist (also fucking lazy, dig?). THESE THINGS HAPPENED IN OLDEN TIMES OR WHATEVER, they cry, or THESE THINGS HAPPEN WHEN THERE’S WAR AND STUFF, or IN MY INVENTED UNIVERSE ONLY THIS ONE GROUP OF PEOPLE IS IMPORTANT SO IT’S NOT MY FAULT. As if these are objective facts of some history – whether of the past or future – instead of real choices being made by an author with total control over the shape and content of their story.

And then there are voices clamoring for authors to not be “forced” to make their stories “artificially” diverse, as if it was some kind of hardship, as if it would make the story bad instead of richer and more interesting.

When used in this way, “historical accuracy” is an excuse for not writing well. And it’s one that – I think and hope – fewer and fewer people are accepting as legitimate.

The history of humanity is a history of violence. It’s a history of oppression, of subjugation, of mass-murder, of the erasure of voices and stories and cultures and entire peoples. Violence is woven through history like a blood-soaked thread, staining everything it touches. History shapes the present and the future; everything it means is inextricably bound to the world in which we live and move. Stories of marginalized people, forgotten people, are necessarily violent. They must be violent, if they’re going to be true.

If you can’t take violence of the kind I think this person meant, that is, again, something that has to be respected. People need to be able to make safe spaces for themselves. But one shouldn’t go into Long Hidden expecting to see anything but violence. These stories are true in the way that the best fiction is. They’re “historically accurate” in a way that is not a defense and needs no defense.

And it’s the kind of historical accuracy we actually need.