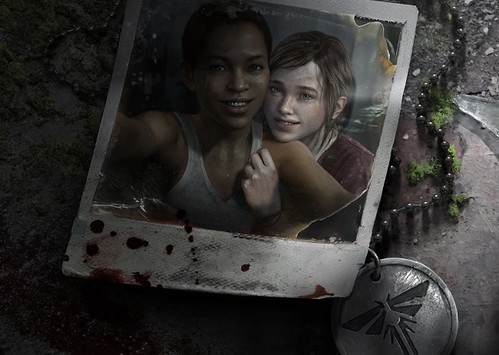 The Last of Us was remarkable to me right from the start, for most of the reasons that it was remarkable to everyone else – the graphics, the worldbuilding, the writing, the characters, the voice acting, the music (oh, God, the music), the story, the genuine tension that infuses so much of the combat. But what was truly remarkable to me was Ellie. She’s a girl, but she’s no princess in a castle, nor is she placed in danger merely to motivate the (male) main character. As Joel – who has already lost one daughter – you naturally want to protect her, and saving her is indeed his primary motivation in the end. But this motivation is presented with its legitimacy in a state of crisis. Joel is an emotionally mutilated, ultimately profoundly selfish person. When he sacrifices everything – everything – to save Ellie, the game doesn’t present this as just another example in a long line of princesses in castles. It’s left open to question whether Ellie would have needed or wanted saving.

More than that, Ellie isn’t a motivator. Ellie is real. She sings and tells bad jokes and gets really sarcastic and yells when you make mistakes and kills when she has to and reacts with horror when you kill. She has memories, desires, motivations of her own. When Joel wants to give up, Ellie demands that they continue, not so that his sacrifices will mean something but so that hers will. Ellie is a person, not a MacGuffin, and as a female character in that role she puts both of the later entries into the Bioshock franchise – which I do love – to utter shame.

“Forty-seven percent of all game players are women. In fact, women over the age of 18 represent a significantly greater portion of the game-playing population (30 percent) than boys age 17 or younger (18 percent).” – Entertainment Software Association, 2013.

The fact that you go into Left Behind knowing how the story of Ellie and Riley ends does nothing to make it less of an experience. If anything, it makes it more of one. Every happy moment, every minute of conflict, every second together – you’re trying to stretch it out, trying to make it last, as if you’re Ellie herself and you’re looking back on this final stretch of a few hours in the lives of these two girls, looking and willing it not to end and knowing that it will. Every part stabs home.

I loved Riley because I knew I was about to lose her, though I would have loved her anyway, because no part of the game in which she appears feels wasted. Her character is revealed in a thousand little ways, from her fabulously well-animated facial expressions to her inability to talk to Ellie about her deeper feelings to her insistence that they capture a few last fragments of their childhood together. Like Ellie, she doesn’t feel like a throwaway element to make the player more “emotionally invested”. She’s there because she’s real and necessary. Everything Naughty Dog does to make her that way isn’t just so you’ll grieve the loss of her. It’s so you’ll love her the way Ellie does, and you’ll regard her memory as something precious.

Naughty Dog does this in a way I’ve seen few other games dare to do: it does it gently. It doesn’t drag you in; it simply opens a path for you. It seems to trust you to find your own way.

I remember reading about the kerfuffle that apparently happened around the simple placement of Ellie on the box art for The Last of Us – that is to say, in the foreground. Ashley Johnson, the actress who gave Ellie her voice, had some opinions about it:

I feel like they don’t put women on the covers because they’re afraid that it won’t sell. It’s all gamers really know—and I don’t want to be sexist by any means—but I get the feeling, generally, that they think games won’t sell as well with a woman on the cover, compared to some badass dude on the front.

I can’t help feeling that she’s right. I know that she’s right. There are exceptions, of course, but they’re exceptions precisely because they’re exceptional. For the most part, this is what we get. If there’s a secondary female character, she’s pushed to the side, often in a pose that suggests vulnerability, and of those times, all too often she’s hanging off the male character in worried adoration. This is what marketing departments think we want. And until something changes, until companies finally say no, it will indeed continue to be what we expect.

The kiss between Riley and Ellie was something I completely expected and at the same time never believed would really happen. I had felt it building, I had sensed that things were edging in that direction, but I was constantly second-guessing it as I played. I probably just have the slash goggles on. It’s wishful thinking. Maybe they’re teasing the possibility as a way of tossing people like me a bone, but it won’t happen. They wouldn’t have the guts. Sad, because they’re so brave in other respects, but probably true.

Then it happened. I’m not sure what I did. I think I may have cheered aloud;  I think I might have pumped my fist in the air. It felt like more than a bone-toss; it felt like a great big welcoming hug, an acknowledgment of humanity, and even more, it felt like a victory, like something that had been fought for. Because it had.

Positive depictions of queer characters in games are no longer an impossibility, but like women on the box art, they’re still remarkable exceptions, and wherever they appear you get the petulant whining of people who are threatened by anything outside of what they find comfortable and familiar. So it didn’t surprise me at all to find out that the same thing happened here. But more than that, I was distressed by some of the other, more insidious things people were saying: They’re just kids so it can’t be real, they’re just confused, it was just put in there for shock value.

Just. Seriously? Ask queer kids when they knew they were queer, or at least when they began to strongly suspect. Tally up the answers. And then shut your goddamn mouth.

It continues to escape me why so many adult consumers of entertainment content are so terrified of being treated like adults.

But it does help to explain why so many producers of entertainment content refuse to treat them like they are.

The thing is, as a friend of mine said, it doesn’t even really matter why Naughty Dog made that creative decision – though I refuse to believe it was last-minute, given how effortlessly it works with Ellie’s character in the main game, as well as the history with Riley at which she hints. What matters is how I – and so many others – felt, which was elated, recognized, valued. I often forget how dehumanized I end up being made to feel when I play video games, even games I love – Dishonored, and Bioshock Infinite, to name two recent examples – and I forget that I feel that way because I am just that used to it. It’s a feature of my landscape. So to find a game that doesn’t make me feel that way is utter joy.

I shouldn’t ignore another game that made me feel that kind of bittersweet joy: Gone Home, which stands as one of my top games of 2013. I felt the same creeping hope when I sensed the direction in which the story might be going, and I felt the same elation when that hope proved justified. But Gone Home is an independent game, and as such it enjoys a degree of freedom that a game from a studio as big as Naughty Dog is might not. People expect indie games to take risks and push boundaries – that’s one reason why we love them. But mainstream titles are the status quo, and they’re supposed to maintain it. That’s what we expect them to do. So what Naughty Dog decided to do did shock me, because I didn’t see it coming from them. And it made me all the more happy for it. If it was inserted for shock value, it worked.

Left Behind isn’t by any means perfect. Parts of it feel disjointed, and the combat feels almost as if it was inserted because it was indeed something people expected – not a problem for me, because I enjoyed The Last of Us‘s combat, but it still didn’t quite mesh. But the high points are so high that I don’t care; perfection or the lack of it doesn’t really matter, because it’s not the point. Naughty Dog presented me with two girls whom it clearly feels have the right to exist on their own terms, to fight and be afraid and be angry and be strong and be weak, and to love and be loved. I might be waxing overly rhapsodic here, but I can’t overstate how much this meant to me personally. A big-budget mainstream game treated me like a human being. That happens so terribly rarely.

Ellie and Riley are more than amazing people in an amazing story. They’re a challenge.

2 thoughts on “No more princesses, no more castles”