I am lucky – and I need the ACA 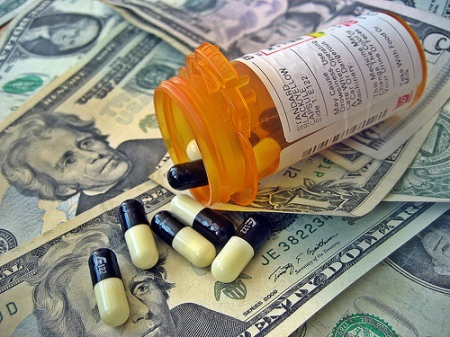 I remember the days before my sister Emma was diagnosed with ulcerative colitis, an autoimmune disease that attacks the GI tract. We didn’t know what was wrong with her. It was terrifying. Perversely, discovering that she had a severely unpleasant chronic disease that increases the risk of all kinds of fun complications was a relief – we knew what the problem was. We could start to do something about it.

That’s the key here: We could do something about it. We could afford to. For us, it wasn’t a heart-rending and potentially bankrupting choice. We were lucky. She was lucky.

Normally this is a blog devoted mainly to writerly things, but right now we’re at a crucial point in how health care is dealt with in the United States – a point in time with immensely important implications for writers and creative types as well as all the other people who simply can’t afford the care that keeps them safe and alive.

This matters to all of us. Or at least it should. So here is why it matters, personally, to me. I’ll let her tell you.

When I was a junior in high school, I started getting sick.  It began as just sporadic abdominal pain, but once summer arrived things got worse.  I was losing weight, making numerous trips to the bathroom every day, and the pain went from sporadic to chronic.  My primary care doctor tested me for everything she could think of – giardiasis, parasites, other bacterial infections – but nothing came back positive.  I had to start cutting certain foods out of my diet in case it was an allergy or Celiac disease.  I stopped eating gluten, and then I stopped eating dairy, but it didn’t make a difference.  While the rest of my friends were attending theater camp or working summer jobs, I was in bed, curled around my laptop, downing a rotating cocktail of ibuprofen, Tylenol, and Pepto Bismol in a futile effort to get my body under control and curtail the worsening pain.

So I was referred to a pediatric gastroenterologist.  He was the best doctor I’ve ever had – he was thorough and no-nonsense, but he talked to me like an adult.  He knew that the only person who could give me accurate details about my condition was me, so he listened to what I told him and respected my input.  He ordered all the same tests again, just to be safe, and said we would go from there.

My senior year of high school started.  I had been so excited to go back to school and do all of the things I was normally involved in – soccer, chorus, theater, and art – but my body wasn’t strong enough to carry me through the day.  I was missing day after day of class.  I was benched even more than usual during soccer games because I couldn’t play for more than ten minutes without needing to rest.  The pain was nearly constant, with occasional bursts of agony that were so bad I had to stop whatever I was doing to focus on riding it out.  I walked through the hallways bent double, with one arm protectively guarding my midsection.  Between the chronic pain and the frequent trips to the bathroom, I couldn’t sleep through the night.

In retrospect, it was probably at about this point that my parents began worrying about cancer.  It wasn’t the likeliest option, but we had already ruled out bacterial infections, Celiac disease, food sensitivities, and parasites.  I had my first x-ray in the middle of October, and when it came back negative, I’m sure they were relieved, because as far as anyone could tell there were no tumors in my GI tract.  But to me it was another defeat.  It meant more tests, more time, and still no diagnosis.  I was so tired of being sick and so ready to find out what was wrong with me that I was distraught over a clear x-ray.

The next step, and arguably the biggest hurdle, was a combination endoscopy/colonoscopy.  I would be out of commission for three days; one to prepare for the procedure, one for the procedure itself, and then another to stay at home and recover.  The prep was terrible.  The purgatives were the worst thing I’d ever tasted, and by the end of the day I felt even weaker and more drained than usual.

The procedure itself was the easiest part, and the best thing of all was that when I woke up out of my drug-induced haze, we had a clear answer.  The camera showed clear signs of ulceration on the lower part of my GI tract.  We had to wait for the biopsies to come back, but my GI doc was almost certain that I had ulcerative colitis, an autoimmune disease that attacks the colon.  I could start medication immediately.  But even that wasn’t easy.  My first medication didn’t kick in right away, so even though I had a diagnosis and I was in treatment, I was still getting worse.  So I began taking prednisone, which worked wonders for my colon but wreaked havoc on the rest of my body.  I even experienced the mania and irritability that characterize roid rage.

After over a year of tests, medications, and anxious waiting, I finally began to return to what was more or less normal.  Two (giant) pills two times a day was all it took.

I am lucky in that respect – my medication doesn’t always work so well for other people who have ulcerative colitis, and other medications are more expensive and time-consuming.  Some cases are so resistant to treatment that the only recourse is colostomy, which involves removing a portion of the colon and re-routing your GI tract so that your waste is expelled through a stoma in your abdomen.

It’s a strange thing to say, after going through what I did.  I am lucky.  I am lucky.  I responded to treatment.  I have relatively few flare-ups.  I’m covered through my father’s HMO, which is comprehensive.  My copay for my medication is only five dollars.  All of my procedures were covered.  I lived outside of a major city that was home to one of the best pediatric hospitals in the region.  Both my primary care doctor and my GI doctor were spectacular.  My teachers were completely understanding when I had to miss class and went out of their way to make sure I got the help I needed to stay caught up.  My parents were both willing and able to take care of me throughout the entire process.  My mother was able to miss work to help me get ready for my colonoscopy/endoscopy, and she and my dad stayed in the hospital with me for the whole day.  I got sick while I was still a minor and in school, which meant that I still had a massive support system in place.  When I took a year off after college and my coverage lapsed, my grandfather stepped in to cover the costs of COBRA.  After that I got into a good college, and being a student allows me to remain covered under my father’s plan.

In less than a year, I’m going to graduate from college.  I’ll need to find a job, and it’s almost a necessity that I find one that provides with me with health coverage.  And not just because of my medication.  If my condition worsens, I might need a colostomy – and not only will I need to pay for the procedure, I’ll have to pay for the colostomy bags and other medical supplies that come from such a surgery.  But that’s not the worst part.  People with ulcerative colitis have a much greater chance of getting colon cancer, and doctors usually recommend that sufferers of UC begin getting yearly colonoscopies eight years after their diagnosis in order to screen for cancer.  Even if I don’t get cancer, the cost of my disease will be considerable.

Under the Affordable Care Act, I’m covered under my father’s HMO until I turn 26 (I just turned 23).  The ACA prevents health insurance companies from denying me coverage based on my disease.  In the (likely) event that I can’t find a job that gives me coverage, I have an option outside of employer-provided health insurance.  I need the ACA, badly.  And I am one of the lucky ones.  I benefit from all kinds of privilege that other people in the United States don’t experience.  As much as I need the ACA, there are countless other people who need it far more desperately.  In truth, they need something much more comprehensive, but the ACA is worlds better than the current state of healthcare in the US.  Only the most fortunate people in the country are foolish enough to believe that the status quo is acceptable.

When “Tea Party” Republicans throw a hissy fit and shut down the entire government because they don’t like the ACA, what they’re essentially doing is communicating that their maniacal passion for small government trumps my need to not slowly starve to death.  What they’re doing is putting one poorly-informed ideology above the countless sick and dying people in the country who, without the ACA, have no recourse but to fall into massive debt or wind up homeless without much-needed insulin or other treatment.

I am one of the lucky sick people.  I need single-payer health care, but if the best my government can do right now is the Affordable Care Act, I will take that in a heartbeat.  As for the countless sick people who are far less fortunate than I am, the ACA could save their lives.  For us, it’s not about an abstract political ideology – it’s about a terrifying reality that no one should have to face.

Emma is on Twitter – @diegosafety.  She also has a music blog that will be opening its doors very shortly.

One response to “I am lucky – and I need the ACA”