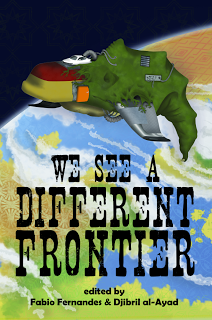 “Odette nodded at my notebook, where I was writing as she spoke. ‘Do the people in America really want to read this? People tell me to write these things down, but it’s written inside of me. I almost hope for the day when I can forget.”

― Philip Gourevitch, We Wish to Inform You That Tomorrow We Will Be Killed With Our Families

“Are you going to take a picture?”

I ask it because it seems like a sensible question. The shorter of the two humans has brought his camera with him and since we entered the houses of the dead he has held it in his hands and a little close to his chest, as though he’s afraid that someone might snatch it away from him, or that he might drop it and it might shatter.

I ask it because I am their guide and it is my task to show them what they ask to see, and I am wondering, now, if they really wish to see this.

The shorter man—I have been told that his name is Jacob but the syllables feel strange in my mouth and I have to struggle with them a little—looks at me as though he is only just now seeing me. He nods once. He lifts the camera to his face and I hear the soft whir of its processor. And then, as though he performed the act entirely for my benefit, he shows me the image he has captured.

Here: It’s not well framed. He clearly gave little thought for the arrangement of it. Half a skull takes up the lower left-hand corner, pushed most of the way under a desk. The fractured curve of a broken spine extends into the middle-foreground, disappearing into a fold of old blue cloth from which ribs protrude. On the right, a severed arm stretches into the frame as if reaching for the skull and the spine. It clearly isn’t from the same corpse. It’s much too small. Draped and tangled over everything, heavy flowers in brilliant red and pink, green vines, and dried skin of no color whatsoever.

There are other bodies. Look closer and you will see that the floor is nothing but bodies. That you can’t see the floor at all. That you cannot, in fact, be absolutely sure that the floor is even there. If you walk into this room, you’ll walk on the dead. So we don’t invite them to walk inside, and without invitation they never do. We all stand in the doorway and I deliver the information I have to share about this place, and then there is silence.

I feel their discomfort. I was raised in the jodenja klimenji—the Way of Welcoming. It is our highest calling to give comfort to a guest, to put them at ease. But it is also our highest calling to give them whatever they ask for, within reason. And if they ask to come here, I cannot do anything for what I know they must feel. I cannot unmurder the murdered. I cannot change who did the murdering. And I cannot tell them how they should feel, a generation after the fact. There are things I wish I could say, things I would say if everything were different, but I also cannot change who I am. So we stand in silence, and the dead are also silent, and I wait for one of the living to speak.

The first sun is low and tosses our shadows out in a long diagonal across the room. The second sun is rising behind us. The light is shifting and strange, and it makes it difficult to be sure just how big the room is. How much death it can hold.

The taller one—I think his name is Aaron—points to a stack of crates in one corner next to a row of bookshelves. Another corpse is slumped against it, scraps of dried paper skin, the head gone. “Shairoven, what are those?”

“Goods,” I say. “Clothes, probably. Foodstuffs. They thought that they could buy their lives from their attackers. You must understand that such things are not strange to us; in our culture there is an idea of a blood price. Life has monetary value.”

“Why didn’t the colonists take them?”

I shrug—it is a very human gesture but I can’t help it. Five full cycles as a klimenjiani—what I have heard them call a tour guide—and I have adopted many human habits. “There are many things about what was done in those months that we do not understand.”

What I do not say is that I suspect that the killing distracted them. It must have been very distracting. It must have been very tiring, also. It’s said that all throughout the time of killing, the rank and file were urged on by overseers of death with bullhorns and amplifiers. They were given rhythms by which to work, to make it easier for their bodies to move without the burden of thought.

I have tried to understand this. When I run I think of the beating of my own heart. But then I think of blood and falling bodies and my imagination fails me. How can they be the same?

How could they have done it? Were they blind?

The flowers nod in the breeze that comes in through the open windows. It should not be as lovely as it is—all those long bones. The large, elongated skulls. The vines and the blossoms. Graceful and clean. Even the faded blood on the walls looks like an abstract mural in dark swoops and swirls. I have heard the humans say that our people are beautiful. I wonder if that is a truth that is not always true.

“We should go,” I say gently. At my sides, my hands are clenched into fists. I hope they will not see. It would shame me. “You will be late for supper at the hotel.”