Muse Monday Miniseries: How The Hell To Do This, Part The Third

How The Hell To Do This, Part The Third: Do Your Research 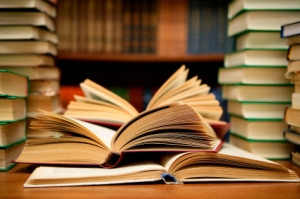 where your knowledge base is less than expert-level. I’m talking about genre research–about acquainting yourself with the basics of what’s going on in whatever genre you happen to be working within, even if it’s very fuzzily defined.

For a lot of people, this isn’t an issue; they get into writing what they write in the first place because they’re voracious readers and they’re totally up on all the current big names and all the books getting a lot of critical and consumer attention. But I honestly was not one of those people.  I love SF and always have, but when I started writing it for publication, I was woefully ill-informed regarding the state of the industry, in terms of who the people to watch were, and in terms of who was producing the work that was getting people excited. I had to give myself kind of a crash course, and keeping up with my reading is still something I try to work on. It’s reading for pleasure, but it’s also frankly part of the work.

If this is something you struggle with–if you even feel like you need a bit of a brush-up–Best-Of anthologies and awards showcases are good places to start, at least in the SFnal world. Take a look at the magazines that get a lot of mention and see who and what they publish. Just get a sense of what people are reading and talking about, and why they seem to be excited by what they’re excited by.

This serves a bunch of useful functions. First, it’s fun–it’s always fun to read great writing. Second, it might help you avoid doing something that’s been done to death, that people frankly don’t want to see anymore. Example: a couple of years ago, I submitted a “war in Heaven” story to Shimmer. A few weeks ago I read an interview with their editors wherein they state very clearly that they are very tired of “war in Heaven” stories and some of them would prefer to not see them. Honest mistake; I didn’t know. But I could have saved myself and them some time, and myself a rejection notice, if I had.

Another example: I am fairly certain that most SF&F editors would prefer to not see any more stories featuring sexy vampires. At least not for a long while.

So yeah. Get a sense of what’s out there. Get a sense of what you like, what you don’t like, places you might want to go in your writing and places you might want to avoid. That’s not to say that you should rip people off or change up what you do simply to be more “marketable”–I mean, if you want to do that, cool, but it’s not exactly what I’d recommend. But regardless, I don’t think there’s anything wrong with drawing inspiration from great places, or from getting a sense of how you want to orient yourself from talented people who have gone before you.

This is obviously going to involve a lot of reading. If you’re trying to make time for regular writing, you’re probably also going to have to make time for at least semi-regular reading. Again: a huge part of doing this is intelligent time management. And sacrifices. There just ain’t another way.

But again, it’s worth it in a number of ways. And if nothing else, the slush readers will thank you.

This entry was posted in Musings, Process. Bookmark the permalink.